skip to main | skip to sidebar

Live And In Person... 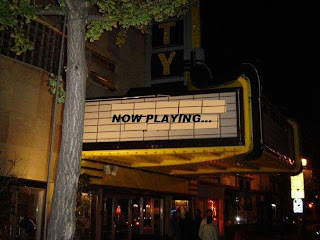 Generally I like to stick to writing about albums and leave the Upcoming Shows listings to the blogs that do a really thorough job of it - like Painting Over Silence. But a few artists that I've featured on Ear To The Sound are coming to town and it bears a brief mention and a hearty "GO CHECK THEM OUT" for all my Winnipeg peeps.

First off - mark your calendar for May 27 and 28, 2009. That's when Timber Timbre rolls through town playing a show at the LO on the first night and an in-store at Music Trader and a show at the Graffiti Gallery on the second. Three opportunities to see 'em play so you have no excuse for missing this fantastic act (who just signed to Arts & Crafts, it should be added).

Come to think of it, that's the only artist featured so far on this blog but there are a few others that I feel are worth mentioning.

The self-titled record from CLUES (on Constellation) has been getting A LOT of spins amongst a few of us at UMFM. The band features former members of Arcade Fire and Unicorns and if the live experience is anything like the record it should be a hella good show at the Pyramid on May 25th. Clues is in serious consideration as an upcoming post album-wise.

Speaking of the Pyramid, there's a clutch of great shows coming up at the downtown landmark worth checking out including Israeli punks Monotonix (May 21st), Grand Analog & Nestor Wynrush (May 27th - Grand Analog will be releasing their new record Metropolis Is Burning), and The Stills and Gentleman Reg will be playing on the 16th (if you aren't headed to the lake this May long weekend).

Indie-darling Julie Doiron is touring on the strength of her great new record I Can Wonder What You Did With Your Day (umpteen consecutive weeks at #1 on Earshot) and she'll be in Winnipeg June 5th at the Albert with Halifax's Dog Day and local act Les Jupes.

The Winnipeg Jazz Festival line-up has been announced and if you slept on Alice Russell last year ask someone who didn't why you should catch her at the Pyramid on June 29th. This year's sleeper artist (i.e. the one everyone doesn't know about but will be talking about)is definitely Quantic (playing at the Pyramid on July 2nd), but I'm also excited to introduce my new son Archer to his namesake when The Sea & Cake play the Pyramid on June 30th.

Finally, one act that I never got around to writing about but who I heartily recommend checking out is New Zealand band Cut Off Your Hands. They released a great record on Frenchkiss called You & I that caught my ear earlier this year. They'll be playing the Albert on June 27th so I have time to find a babysitter.
Posted by Michael Elves at 3:10 PM

I'm pumped for Cut Off Your Hands too!

It's almost shocking that they're coming here...

Ear To The Sound